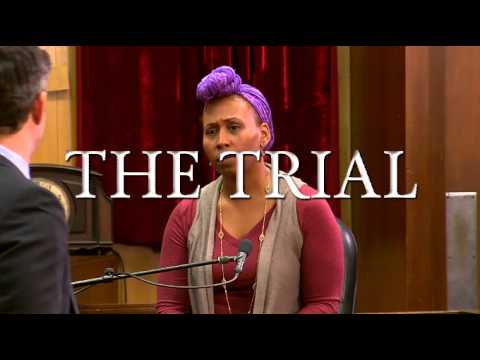 30 Sep Trial by Jury: The Case of The N-Word (Listen to Interview with Creator, Kyle D. Bowser)

PBS’ Tavis Smiley said, “I firmly believe dialogue is a device that greatly increases opportunity to reach understanding, appreciation, and respect. In short, words have power. Trial by Jury: The Case of The N-Word focuses on such an issue, as it probes the multiplicity of perspectives surrounding our nation’s most provocative word. This impactful production presents opposing perspectives and a constructive forum for articulation, consideration, and rebuttal.”

In Trial by Jury: The Case of The N-Word, Tiffany Johnson, a 9-year-old girl learns the “N-Word” during a Black History Month lesson. The school’s choice to include the word in its elementary curriculum disturbs her parents, who had taken precautions to shield her from this epithet.

The parents file a lawsuit against the school, seeking damages for intentional infliction of emotional distress. They argue that their daughter was too young and too tender and that the subject matter should be left to parents to administer. In their defense, the school argues that the lesson was age appropriate, and that the academic setting is most conducive for dissecting the intricacies of racial discourse.

From its inception, The N-word has both empowered and demoralized. It has become a linguistic lightning rod, separating friend from foe and defining respective politics and ideals.

During Trial by Jury a short film depicts the trial and subsequent jury deliberation. The audience then has a chance to have a live open forum to express opinions on the issue. The program ends with an audience vote.

Trial by Jury: The Case of the N-Word has been presented to audiences across the country to evoke conversation on the complex societal issue. To learn more about the production, visit trialbyjury.tv.

Now, as ever, opinions about The N-word span a wide spectrum of perspectives, including pro, con, and those that employ the judicial analysis of free speech – it all depends on the time, place, and manner. The range of opinions and attitudes are often influenced by cultural, generational, and psychographic factors, and qualifying distinctions are frequently made on the basis of pronunciation or ethnic eligibility to even speak the word.

CLICK HERE to Listen to an interview below with Kyle Bowser, prior to the play being presented at the Nate Holden Performing Arts Center in Los Angeles.